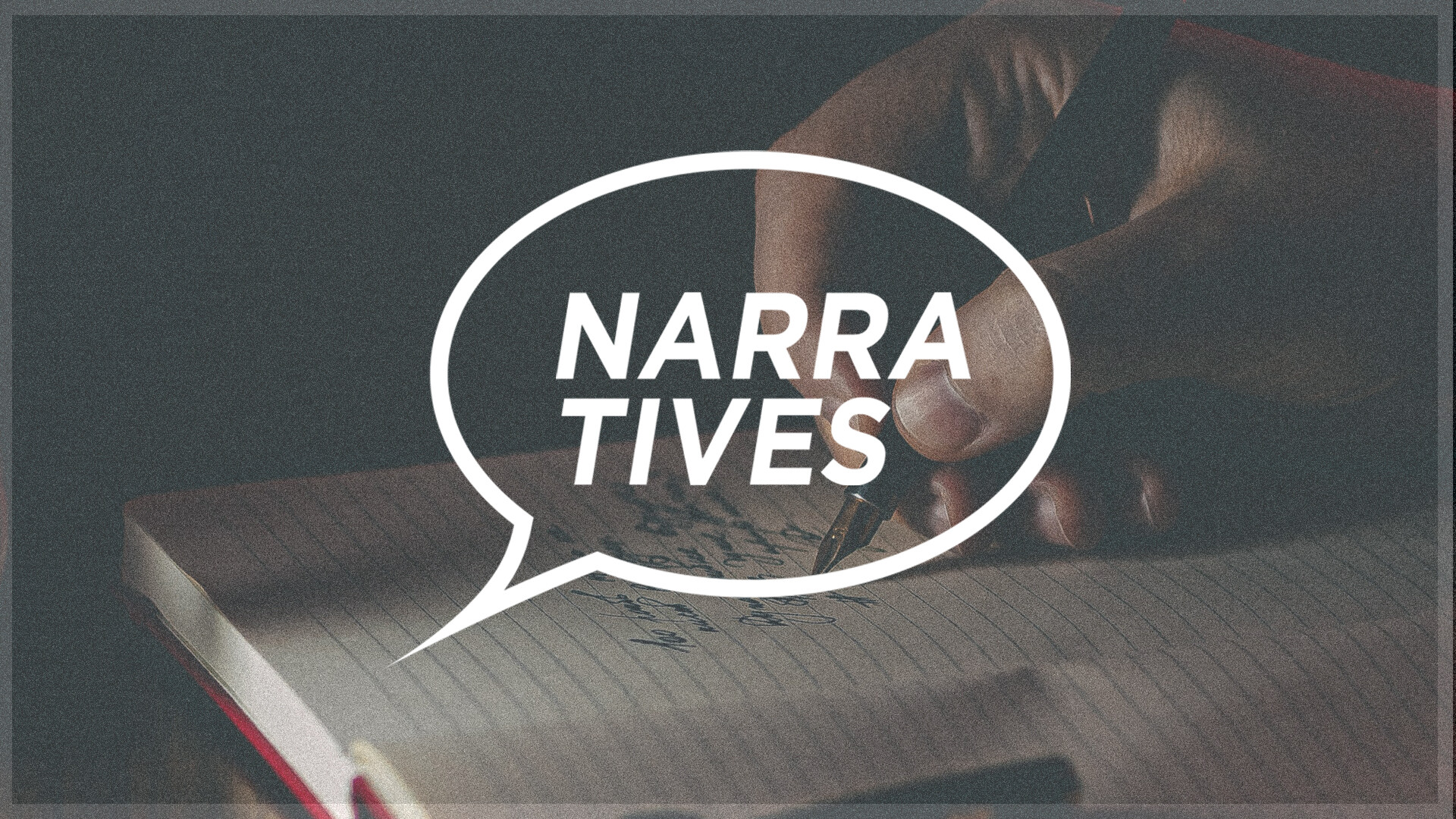 Are We Becoming A Social Justice Church? (Part 3)

(This is part three in a 3 part series to answer this question. Click here and here to read the previous two installments.)

For over 2000 years, the Church has been engaged in social justice as an extension of their faith — from the early church who combatted Roman infanticide through adoption, to Quakers in America who vehemently opposed slavery because of how they read the scriptures. Christians in the first post-resurrection millennia saw service to the poor, advocacy for women, and a living faith that resulted in mercy as hallmarks of what it meant to follow Jesus.

So, too, for over 2000 years the Church tithed in mint, dill, and cumin but has often neglected the weightier matter of the law: justice, mercy, and faithfulness (Matthew 23:23). Unfortunately, there is a long history of the people of God neither being just nor practicing justice. From the Catholic Pope declaring all lands “undiscovered” to be the property of whatever invading nation “discovered” it (ie. The Doctrine of Discovery) to Christians in the antebellum south lobbying for and protecting the right to own, abuse, and disenfranchise Africans and their descendants through chattel slavery. All the while professing allegiance to the chain-breaking Messiah, Jesus Christ, and loyalty to his church.

It makes sense, then, that there would be confusion over what social justice is and the culture war being raged around it. Perhaps the most significant event in the last 10 years that sparked this was the murder of George Floyd. It was at this point that battle lines began to be drawn and definitions began to spring up around what social justice is and what the church’s role in it should be.

Generally speaking, there are two opposing sides in the justice culture war today: Secular Humanism and Biblical Justice. (You can read the last installment in this series to see how the Bible shows and tells us about justice.) Secular Humanism is essentially the belief that humanity is capable of morality and self-fulfillment without belief in God. This worldview is rooted in the world of experience, relative objectivity, science, and reason. Secular Humanism primarily uses experience to justify and explain its ethical principles. Two larger goals of this position are human happiness and social justice, as conceived by those proponents of this. Psychology Today defines secular humanism in this way:

A Secular Humanist is someone who does not believe in the otherworldly tenets of religion, but does believe in the many noble and righteous things of this world, such as cooperation, reason, education, science, humor, inquiry, democracy, compassion, tolerance, imagination, open debate, human rights—and then some.

When you read that you might say, “Well, I agree with a lot of that. I believe in science, tolerance, imagination, open debate, education, inquiry, democracy…”. And you should! There is obvious overlap between our Christian worldview, being an American citizen, and secular humanist. And with many other “extra-biblical” ideology there will be points of convergence. But the biblical framework for justice and the secular humanistic framework diverge in three crucial areas: goal, care, and teleological trajectory (telos).

One major goal of Secular Humanistic Social Justice (SHSJ) is the shifting of power and equity. Considering the power dynamics at work throughout all of life, this is a good but incomplete goal. One major goal of biblical justice is Reconciliation and Worship. Biblical Justice, particularly in the work of Jesus, shifts power and grants equity, but Jesus’ ministry has a goal of love evidenced through reconciliation (to God and to neighbor) and worship. Unless our God of justice sends Jesus to be the propitiation of our sin we worship incorrectly and are not reconciled with him. Jesus must fulfill the righteous requirement of the law to reconcile us to the Father (Romans 8:3-4). We can’t have reconciliation and worship without justice.

Care of the Soul

SHSJ cares little, if at all, for the human soul. Their care is centered on the body and mind, often at the exclusion of the soul. With no category for God or life after death, this life is the only one you get. One result of this way of thinking is an Over-realized eschatology: if there is no life after death, then we must make our own heaven here and now. Some might refer to this as the “utopia” ideal that seeks to correct every wrong and injustice now. Rather than understanding Jesus’ Kingdom inaugurated with its full fulfillment in the new heavens and new earth, many in the SHSJ camp believe that this life is as good as it gets — so make the best of it.

(On this point it is important to remember that Christians have not always done this. My claim here is to the biblical conception of care for body and soul, not exclusively the historical failures of Christian practice.)

To speak of telos is to speak of an ultimate purpose, object, or aim. A stated telos of SHSJ is universal human flourishing, but its actual telos is hopelessness. Nihilism and pessimism mark the movement as they identify (often correctly) that much of human suffering has not changed since the time of their fathers and forefathers. The result is a hopelessness and aimlessness in the struggle and fight. If the end zones (telos) are either always moving or not there it creates little incentive for sustained work. Biblical Justice on the other hand has a telos of unity and harmony around the throne of God (Revelation 5:9, 7:9-10). Particularly, the reality of the heavenly throne of God, which is what Jesus prays in John 17, is reconciled worship. For Christians, we stand in a long line of those who have gone before us that have lived righteously and pursued justice fervently but never saw the completed project before they met Jesus. This will be true of us all. We will never see the completed project of shalom this side of heaven. And this doesn’t drive us to despair, it drives us to hope. It drives us to expectation. And it drives us to pursue justice for the sake of the souls and bodies of our neighbors for the glory of God.

In Sum: Talking about justice doesn’t make you a Marxist. It makes you biblical.

As I wrap up this series, I’m anticipating a question that is often asked in this discussion, which is, “Okay, what now? What do I do?” We will answer that question in time, but not in this series. What we do need to discuss is emulsifiers.

SHSJ will always be a sometimes helpful but insufficient solution o the injustices of our day because it has largely ejected its emulsifier: Jesus Christ. The Secular Humanistic project has removed God from the equation and replaced him with exclusive human effort. We as followers of Jesus know that we strive with all of his energy (Colossians 1:29), for the sake of our neighbor (Matthew 22:36-40), unto the glory of God (Romans 11:36). This means that the burden of proof for being disciples of Jesus is, in part, in our mercy and justice.

If God in Christ Jesus is the emulsifier in our Christian witness, and that includes justice, we must not be afraid to speak the language of God and do the work that God instructs us to do in the Scriptures. Nor should we punt Jesus for the sake of expediency and experience over what God has declared in his word. 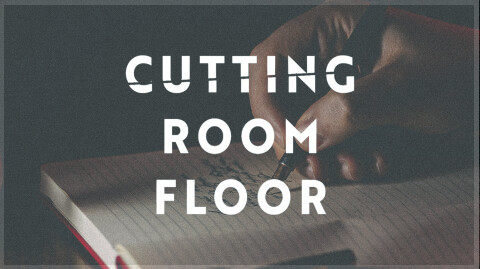 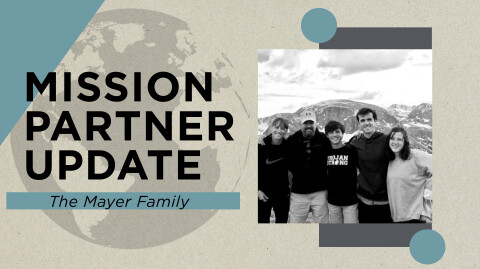